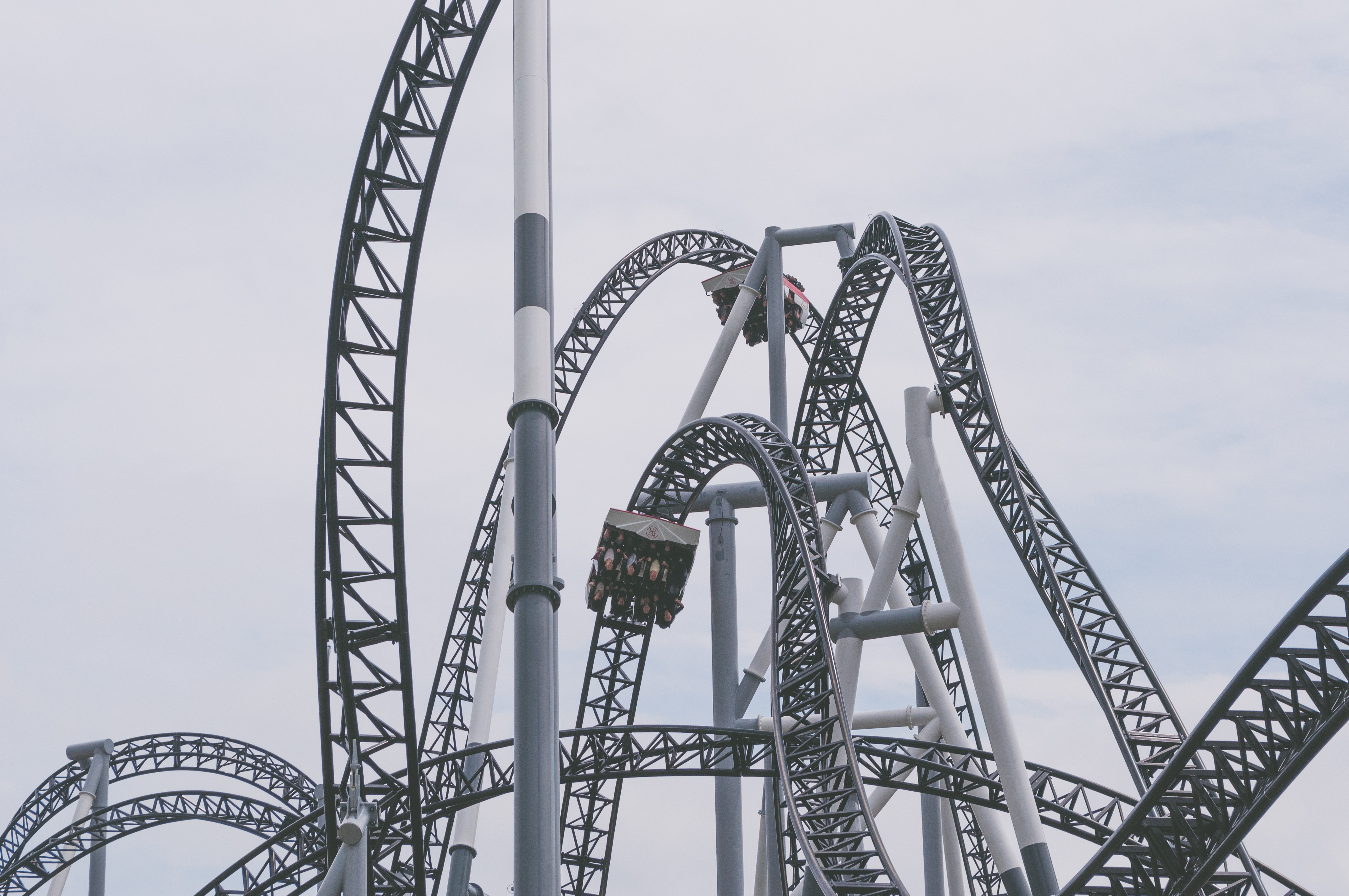 Posted at 17:36h in Maclendon Monthly by Lisa

At Maclendon, behavioral finance is a usual topic of discussion. Behavioral finance attempts to explain market anomalies through psychology-based theories. At the root of behavioral finance is the assumption that markets are driven by two factors: fear and greed. In early June, we had come across data from CNN that indicated market sentiment was one of extreme greed – a stark contrast from a year ago. With the rebound in equity markets that started midway through the first quarter, there has been an underlying fear of missing out (FOMO) as investors have chased returns. This greed is what pushes prices above and beyond sustainable values that lead to bubbles and eventual crashes.

In 1936 the economist John Maynard Keynes introduced the term “animal spirits” in his book, The General Theory of Employment, Interest and Money. He used the term to describe the instincts and tendencies that presumably influence and guide human behavior. He argued that this human behavior can dramatically influence the markets and move prices in a way unrelated to fundamentals. Over the years, the “animal spirits” psychology has become an influential factor that forms market sentiment. Since market participants are subject to their emotional propensity to take risk, fluctuations from fear and greed often cloud the long term view of markets and lead to unwarranted short term volatility.

Market sentiment is the general attitude of investors on the markets. Sentiment indicators quantitatively measure the bullishness or bearishness of a particular group on a specific investment or group of investments. These indicators are often used as contrarian indicators to identify market extremes. Excessive bullish sentiment is viewed as potentially bearish for the stock market, while excessive bearish sentiment is viewed as potentially bullish. Warren Buffet famously alludes to this contrarianism to market sentiment in his quote “be fearful when others are greedy and greedy when others are fearful.” There are many measures of market sentiment and investors rely on some more than others based on personal preference and investing strategy. The more popular sentiment indicators tend to focus attention on consumer related data when attempting to forecast the future direction of the stock market.

Although not always straight forward to measure, market sentiment can be influenced by factors such as stock price momentum, strength, breadth, put/call ratio, market volatility, economic reports, seasonal factors, and geopolitical events to name a few. Short term traders analyze measures of sentiment and psychological traits of investors to reach beyond traditional market data in order to get a more complete picture into developing trends, discover new opportunities, and make more informed decisions.

The fluctuating waves of sentiment have regular effects on the stock market as a whole. There has been numerous times where sentiment has influenced the market. Particularly, in the late 1990s extraordinary bullish market sentiment pushed prices of speculative and difficult-to-value technology stocks to unprecedented levels. We also observed very bullish market sentiment (amongst other factors) in real estate that contributed to the financial crisis of 2008-2009. The extreme level of bullish market sentiment could be likened to the term “irrational exuberance” coined by former Federal Reserve Chairman Alan Greenspan and made popular by Yale economist Robert Shiller. More recently, we have seen gold prices move higher on bearish sentiment fears of the overall global economy and U.S. dollar. 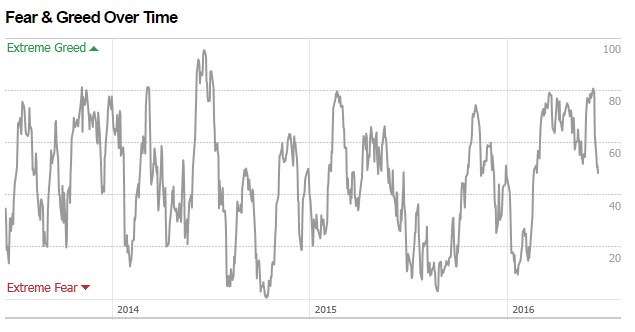 As you can see from the chart above, fear and greed over time has experienced dramatic swings and is one headline or exogenous shock away from creating a series of chain events, either positive or negative. Looking at 2016 there was extreme fear in the first quarter as shown by the red circle. Since then the rebound brought markets back up to extreme greed levels only to subsequently sell off to current levels around 50. It is at this current “in between” level where traders have the most trouble in using sentiment to determine the next move.

Conditions where markets are at all-time highs are typically more risky than conditions where markets are at all-time lows. Buying into euphoric markets is usually ill-advised, and so is selling out in situations of panic when prices are falling. The best investors in the world know that short-term prices of financial assets are driven by little else than market sentiment. A prudent plan does not include trying to time the market based on short term market sentiment, but focuses on the long-term and is the foundation of a long-term strategy.