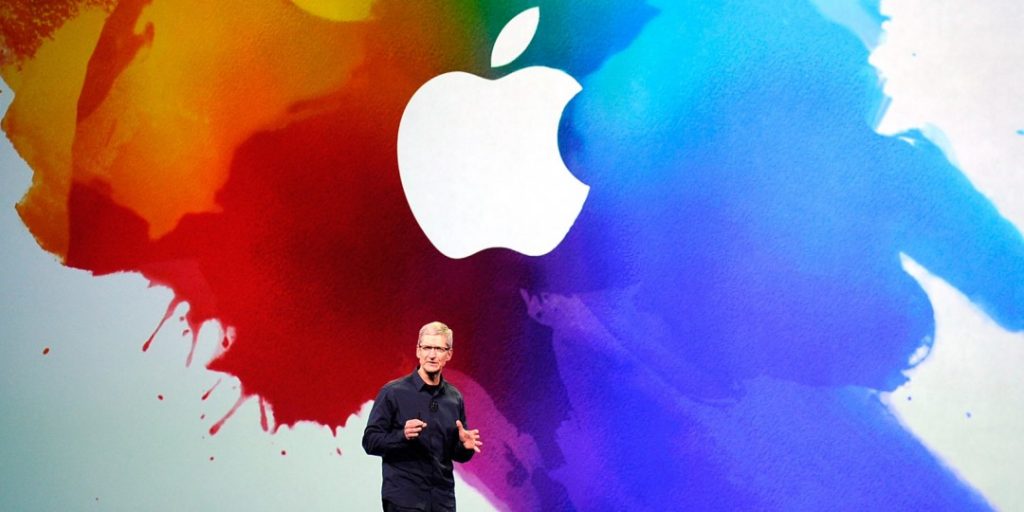 Some of you may have heard of Apple’s ambition to break in to Augmented Reality. Apple CEO, Tim Cook, has even been quoted as saying that he was so excited about augmented reality that he wanted “to yell out and scream.” As Apple stock hit all-time highs this year, many investors asked the questions: “What is next? What will be Apple’s newest innovation? How will it maintain the momentum?”

Ten years after the launch of the first iPhone, we believe a viable answer to that question is software. We believe we could be witnessing Apple’s transformational shift from a hardware company to a software company. Since its inception, Apple has relied on hardware to drive its core business. Since the launch of the iPhone, Apple has sold over one billion iPhones and has generated $734 billion in revenue. In 2006, Mac and iPod made up 78% of total revenue. Today, iPhones make up 63% of total sales.

We believe that hardware is peaking as a percentage of revenue. Most of us today carry around a device that has millions of times more computing power than all of NASA’s combined computing power in 1969. However, the current differentiating factors between hardware manufacturers are negligible in the grand scheme of smartphones: Apple’s iPhones long ago lost the competitive edge they held up until the iPhone 4S. Until the 4S, every new iPhone model introduced a new hardware feature that had not been seen before on competitors’ phones. As all smartphones become more sophisticated, as faster wireless broadband networks are made available, and as new advancements in microchips become less expensive to incorporate, software that was once only used on more powerful desktop (tower) computers is now able to run on mobile devices.

This leads us to believe the next phase of growth for Apple—and what will set Apple apart in the future—is not the hardware, but the software that runs on its phones and potentially other unknown devices in the future. While software has always been important to creating a unique and differentiated user experience over the years, it has never been at the forefront for Apple; hardware has always been at the core. It wasn’t until iTunes that software propelled Apple into the stratosphere—iTunes was the first Apple software to create a seamless connection between its hardware and software, thus creating the beginning of today’s extensive Apple ecosystem. Complimenting Apple’s hardware has historically been the focus of its software, which has traditionally boosted Apple’s appeal, and contained users in a closed network.

One new software development area that Apple (and we) are particularly excited about is Augmented Reality (AR) Software. AR is a form of technology that superimposes a computer-generated image on a user’s view of the real world, thus providing an “augmented reality.” Last year’s viral sensation of the “Pokemon Go” game—using AR—provided validation of mass AR adoption. It also caught the attention of Apple, apparent in its most recent release of ARKit in iOS 11, suggesting that Apple is serious about bringing AR into the mainstream, and is planting the seeds for a pivotal shift. Just as Apple’s App Store drove the extensive development of smartphone apps, ARkit could help spur a similar creation of augmented-reality apps for productivity, gaming and more.

Adding to our belief that AR is a current focus for Apple is that they have partnered with IKEA, the Swedish furniture manufacturer, to allow customers to view how furniture will look in their home without ever actually leaving home. We understand a lot needs to happen between now and then for AR to go mainstream, but if it follows a similar trajectory as smartphones, as shown in the image below, we could be looking at about seven years for AR adoption to take a firm hold. If AR proves to be commercially successful, Apple may try to build AR glasses to better integrate the apps in a more immersive way. Many insiders think this may be the first step in Apple’s plan to ultimately build their own Google Glass-like device. Rumors are already swirling that Apple has been building glasses behind the scenes, which would support their most recent and under-the-radar acquisition of SensoMotoric Instruments (SMI), a company known for its eye-tracking technology. In theory, incorporating SMI’s technology could enable AR visuals to be displayed in a pair of glasses as users perform actions such as opening and closing apps, reading notifications, and giving instruction with their eye movements—and never actually having to reach for their phone.

As you can imagine, Apple is not the only company competing for AR market share. In fact, the competition is only heating up: Microsoft has its HoloLens augmented-reality goggles; companies like GE are experimenting with using augmented reality; and you can never count out Google. Google is working on an overhauled version of its Google Glass, and has backed Magic Leap, an AR startup that has taken in over $1.4 billion in funding. In true Apple fashion, Apple most likely will not be the first to launch its AR glasses, just like they were not the first to launch the .mp3 player or the mobile phone. However, we do see Apple taking the second-mover advantage when it comes to AR, and to improve upon it by making it more user friendly within the Apple ecosystem.

The race is on when it comes to AR. The tech world has realized the potential level of disruption if AR is to become widely accepted—we could be witnessing a burgeoning new sector within tech. If executed properly, Apple could use AR to regain its edge and to reinstate its reputation as the leading innovator in the tech industry.