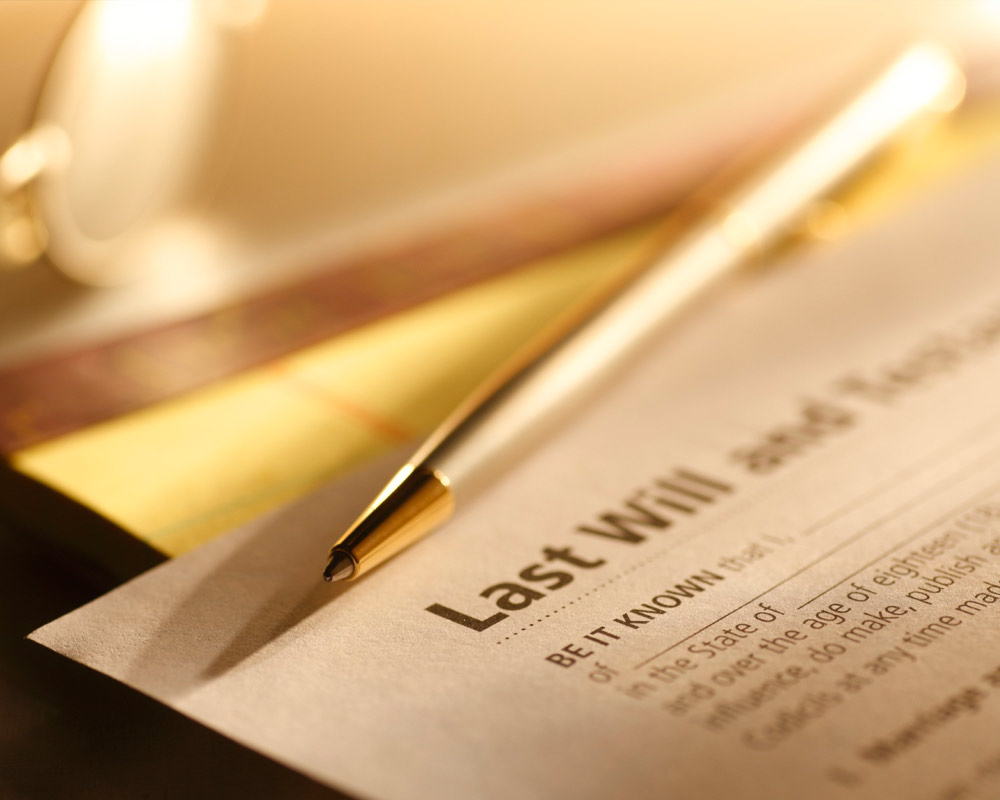 Estate planning. These two words are often met with an eye roll or a shudder. Estate planning is frequently overlooked by individuals and families. It is easier and arguably more comfortable to focus elsewhere, whether it is on business, family, investments, or other near term priorities. In reality, estate planning is one of the most important pieces to your financial plan and should be a priority when meeting with your advisor. So much depends on the structure of your estate plan that it should be considered the foundation of your financial plan – knowing that tomorrow is never guaranteed. Estate planning is easy to delay as conversations surrounding your demise are usually uncomfortable and seem far away. Often incorrectly viewed as something only for the wealthy, this common misperception could not be further from the truth. Everyone should have some form of plan in place in case their time is sooner than expected.

It isn’t until there is a notable untimely death in the news that serves as a reminder of the importance of an estate plan. In recent years and even recent months, we have seen time and time again, celebrities and other notable figures leave sizable estates after their death with no plan in place or neglected to update their documents. Paul Walker, Philip Seymour Hoffman, Heath Ledger, and James Gandolfini, are just a few of the celebrities that could have done a better job planning for their estate. As important as estate planning is, most people have not even taken the time to establish a simple will! It may be hard to believe that even some of most wealthy and prominent figures today do not have their estate plans in order, but at the end of the day they are just like the estimated 55% to 70% of Americans that do not have an updated and established plan.

The most recent celebrity to die intestate (without a will) in the headlines was Prince, who amassed an estimated net worth north of $300 million dollars. As someone who closely guarded ownership, publishing, and control rights over his music and master recordings, it was somewhat of shock that he died without any estate planning. Prince has ironically been quoted saying “If you don’t own your masters, your master owns you,” in an interview with Rolling Stone. Now everything he fought to protect over the years is at risk. With no will in place, his estate is subject to intestate laws determined by the state in a probate court. Probate is the legal process used to validate a will and settle an estate. It can be costly, take time, and freeze assets. Prince’s family or whomever he would have designated to be responsible for the division of his assets is now to be decided through the courts. His assets are in the hands of the state and state laws take precedence over any wishes he may have desired to make. In addition, because he had not created a valid will, the process is public and records and now under the microscope of the public eye.

As you can imagine, this can and most likely will lead to enhanced scrutiny, infighting amongst family members, and the actual wishes of the deceased not being carried out due to no way of verifying. Furthermore, millions of dollars will be lost due to substantial taxes and probate fees, which in turn leaves less of the estate to be divided amongst beneficiaries – a lose/ lose situation for everyone involved.

So what could Prince have done to protect his estate? At the very least a valid will, but knowing the size of his estate and potential earnings on his music in perpetuity, a trust or multiple trusts would be recommended. This would ensure that his chosen beneficiaries would receive the assets that he wanted to leave to them. If a trust was set up, his estate would have skipped probate and assets could have been transferred in a more tax efficient manner, which in Prince’s situation could save his estate tens if not hundreds of millions of dollars. Setting up a trust would also have kept his finances out of the limelight as they are not public records.

As you can see there are many lessons to be learned from Prince’s unexpected death. His musical and artistic contributions will live on forever. But he also taught us a valuable lesson in the importance of planning. As the old adage says- there are only two certainties in life: death and taxes. No one can predict the future, but one thing is for sure: we will not be here forever. If you leave questions about how to settle your estate, the process in dividing your assets could be even more difficult for your beneficiaries. That is why answering the uncomfortable questions now—and memorializing them in an estate plan—is an important step that should not take a backseat. Having an estate plan will preserve your wealth for generations to come and make sure your wishes are carried out in a timely and civil manner amongst your designated beneficiaries. Therefore, even though it’s not pleasant to think about, you need to plan for the inevitable.