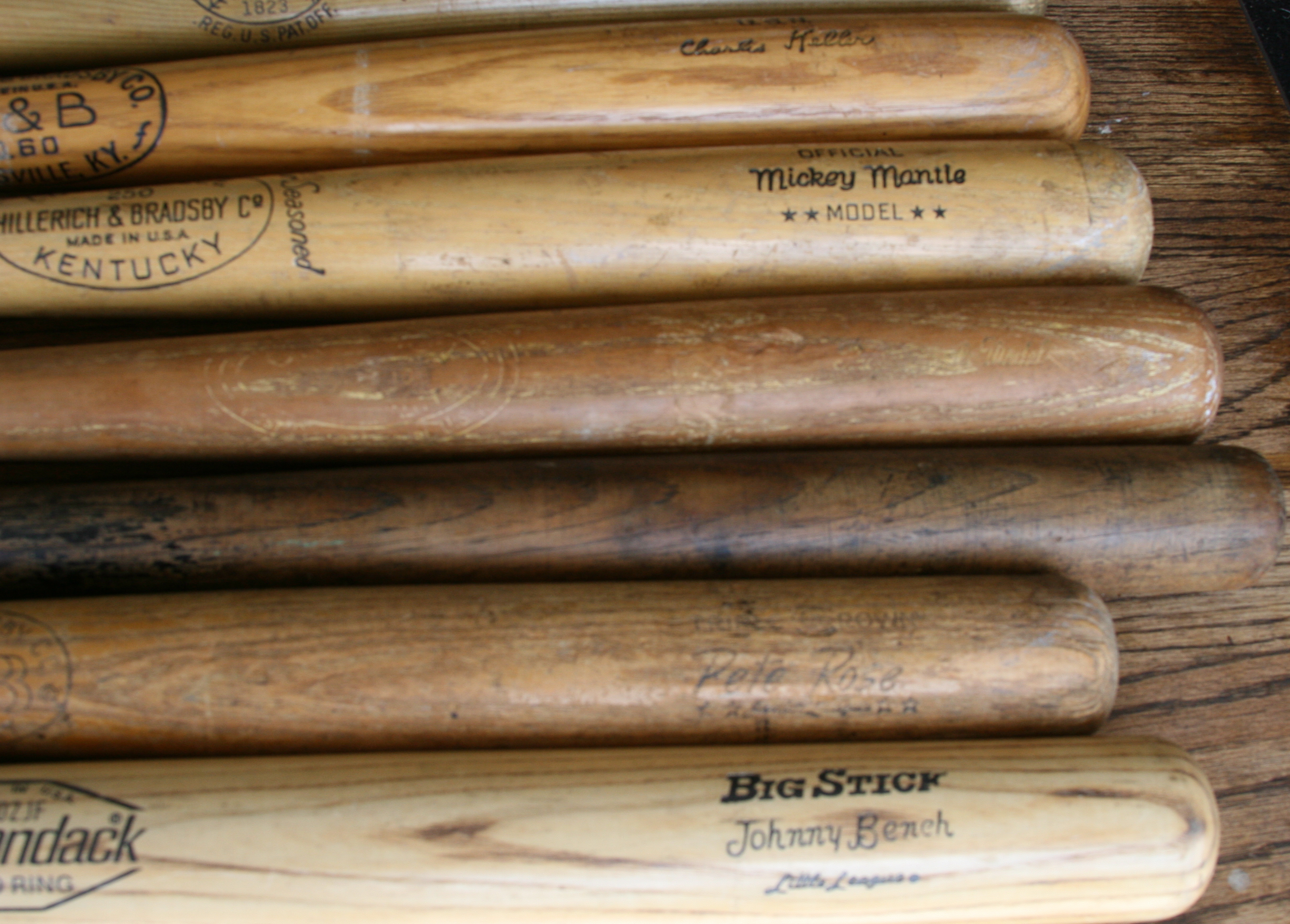 Posted at 18:15h in Maclendon Monthly by Lisa

The once preeminent American pastime, baseball, has developed into America’s old-fashioned past. In fact since 1980, TV viewership for the Major League Baseball’s Midsummer Classic has plunged 55% while baseball’s culminating event, the World Series, only attracts roughly one-eighth the audience of the NFL’s Super Bowl. Despite this fall in viewership, baseball remains relatively unchanged since its inception. Football, on the other hand, has evolved from a weekend game to a worldwide entertainment sporting event, surpassing the loftiest expectations. The Super Bowl has replaced the World Series as the largest sporting event on an annual basis. Perhaps the fall of America’s traditional pastime can be attributed to the bourgeoning of Millennials, the largest demographic the U.S. has ever seen, and the shrinking of the Baby Boomers. In fact, MLB viewers are the oldest of any sport, with 50% being over the age of 50. Baseball is much slower than its football counterpart. The fast pace and showmanship of football identifies more with today’s millennials and is indicative of their appeal to transforming consumer trends.

The trends, pastimes, and milestones of the Baby Boomers are drastically different for millennials. Millennials have grown up in a time of rapid change, giving them a set of priorities and expectations sharply different from previous generations.

The severe economic conditions of the financial crisis affected people all over the world. Millennials were no exception to the crisis. Witnessing the consequences of the economic crisis on family and friend’s employment, investment portfolios, retirement plans, and overall financial livelihoods has led to lasting impressions. Despite the improved labor market in the U.S., evidence suggests the fallout from the recession is still affecting Millennials. The unfortunate timing of entering the workforce during a difficult economic backdrop led many to stay in school for perhaps another degree and ride out the economic storm. With towering levels of student loan debt, not enough income to sustain rising living expenses, and an unpredictable future for prospective job opportunities, Millennials display a propensity to act in fear rather than the greed displayed by previous generations. 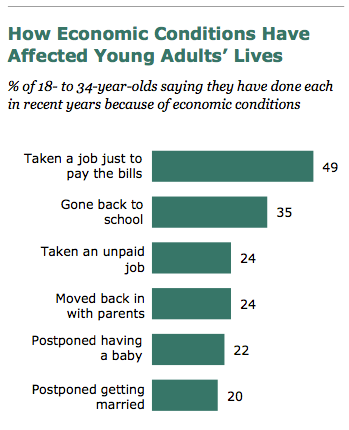 Consequently, the effects of the global recession have altered the path to adulthood for many millennials. The recession transformed perspectives and rewrote the approach to life planning. Because of this unique economic situation, the pace of Millennials joining the homeownership ranks and forming households has been delayed, the inclination to rent or live with roommates has risen, and the duration of living at home with parents has been extended. According to the Pew Research Center, in 2012, only 23% of adults aged 18-31 were married and living in their own household, compared to 56% of the same age group in 1968. But it is unlikely these trends are perpetual. As Millennials enter their peak home-buying years (25 to 35), their hesitation to purchase a home will likely fade away. The immense size of this demographic as well as its desire to settle down could follow surging home sales in the not so distant future.

Growing up immersed in technology and interconnectivity, millennials have embraced the plethora of digital resources available. Because of their reluctance to buy big ticket items such as cars and luxury goods, Millennials have turned towards a new set of services that provide access to products without the burden of ownership giving rise to a “sharing economy.” Uber and Lyft are just two companies that millennials have embraced as industry experts predict that 25 years from now (or less), car sharing will be the norm, and car ownership an anomaly. In addition, Airbnb, an online marketplace allowing users to list, find and rent vacation homes, is disrupting the way travelers traditionally book lodging. Leading this change, to no surprise, are millennials, in which 75% say travel is one of the most important things to them.

Understanding the effects of the Great Recession on the millennial generation is far from complete, but some truths are evident: The recession caused many Americans born roughly between 1981 and 1996 to alter the traditional American pastimes. Millennials have grown up during a time of technological advancement, globalization and uncharted economic times that has given them a different set of perspectives and experiences than their parents. They have fueled the growth of the “sharing economy,” delayed or avoided substantial purchases, and introduced an entirely new approach to the ways we buy and sell. Now that the Baby Boomer generation is declining, traditional business approaches to consumer trends will no longer carry weight. Understanding how this drastic shift in demographics will affect our globalized economy and what it means for the future of America’s predominant services will enable you to adapt your business or portfolio to this new wave of consumerism. One thing we know for sure is if you don’t adapt to this new wave, you are going to miss out, just ask baseball.